One of the best things about my stay in the rolling Italian countryside this summer was temporarily having a garden blessed with several large rosemary bushes. I don’t think a meal went by that wasn’t preceded by a little garden foraging. During that one sun-drenched week, I probably ate more rosemary than I’d eaten in years. Fortunately, my newfound love of the herb didn’t have to end there. Like any self-respecting kitchen garden, ours also boasts a herb spiral and the cuttings we put in there in the spring have flourished over the summer. I’d originally just planned to make rosemary potatoes – it is a classic, after all – but then I noticed the oregano next to it had grown explosively. Fresh oregano is a lot more subtle than its dried counterpart, but it makes a wonderful addition to roast potatoes, as its soft and velvety leaves become deliciously crunchy in the oven.

About 800g waxy potatoes, peeled and cut into eights

3 (or more) sprigs of fresh rosemary, some leaves chopped, some sprigs whole 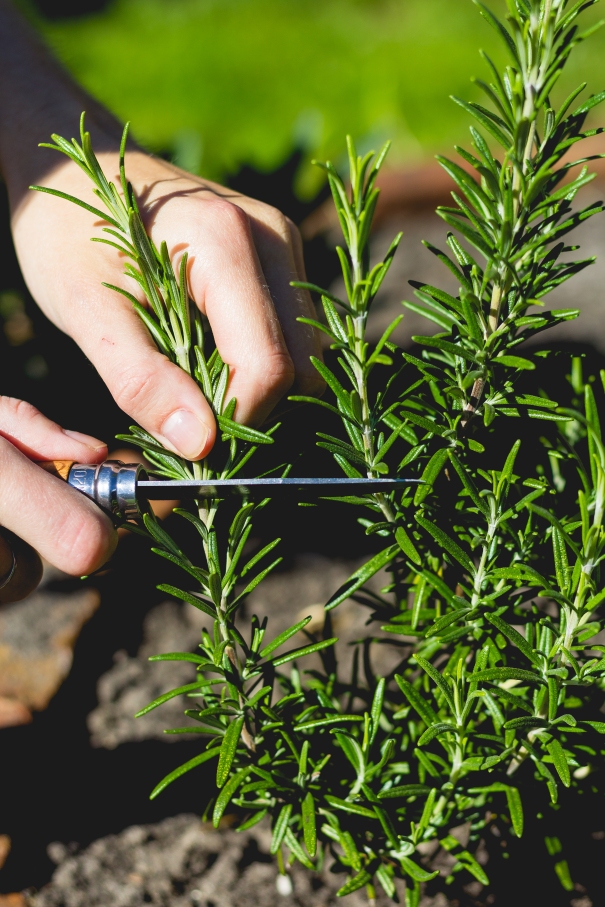